No this isn’t a sequel to the Samuel L Jackson movie, Snakes on a Plane. This was the when 29 Sumō Wrestlers from the Hakkaku Stable travelled to a training camp in Japan’s Shimane Prefecture. Their Twitter account here.

It looks like there were only two seats each side of the aisle, but who knows, there may have been other passengers in middle seats, completely obscured by the Sumōs. I know when I’ve been unlucky enough to be in a middle seat it feels like that – with the people next to me stealing the armrest on both sides. If I was on that flight in the middle seat, I would have had to say: 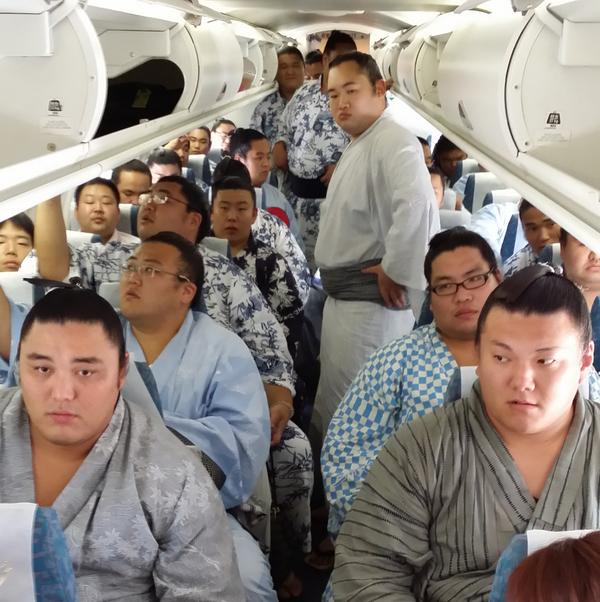