There are thousands of good restaurants in Tokyo ranging from small street-food to Michelin stars. I suppose in one way they are all very similar; miso soup, sushi, sashimi, tempura, noodles, table BBQ and perhaps that’s why the Japanese love weirdly-themed restaurants.

One popular theme seems to be Alice in Wonderland, with one chain offering at least half a dozen Alice-themed restaurants throughout the city. One was near our Mercure Hotel in Ginza and so we decided to try it out.

It was actually quite hard to find, as the restaurant is on the fifth floor of a non-descript building, with only a small sign outside. I had to rely on my phone’s GPS to tell us we were there.

You take the elevator to the fifth floor and are immediately facing a large storybook which is also a door to the restaurant: 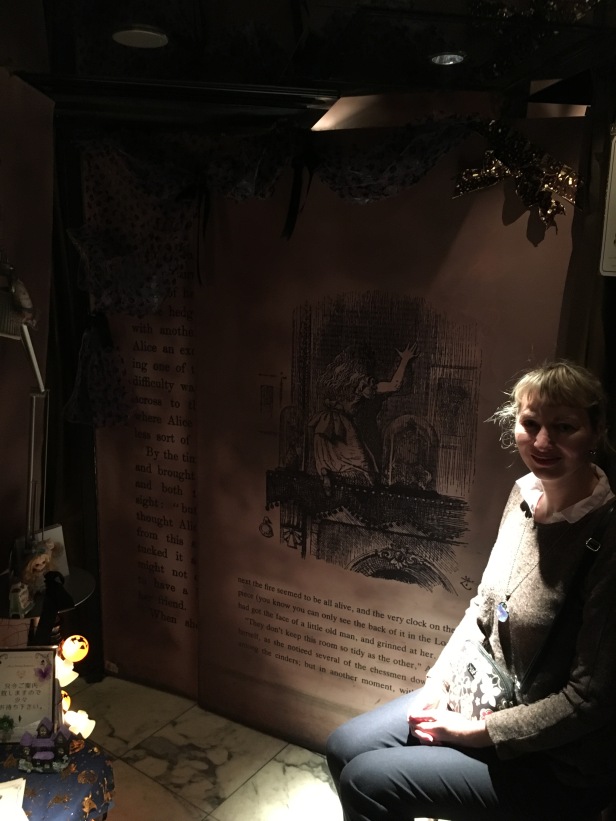 A girl, who I think was dressed as The Mad Hatter, appeared, advised us that there was a ‘cover charge of 600 Yen (about US$5 each)’ and took us to our table. The restaurant was quite small, made larger by mirrors and not surprisingly had an Alice theme:

Alice (well one of the several Alice’s) arrived with a box: 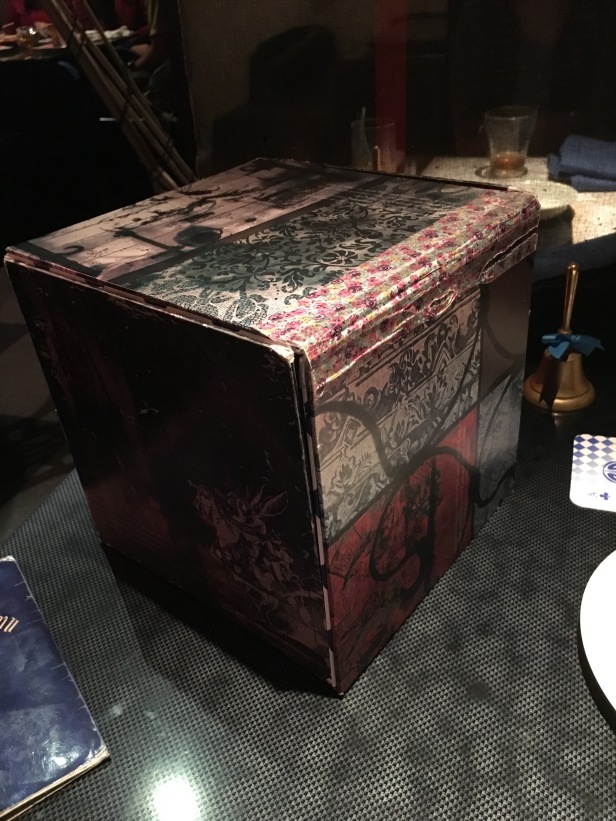 The box opened up to become a menu and a small room – part of the ‘drink/eat me shrink thing’.

The drink menu had a pop-up hat and playing cards:

Both menus had seen better days, but it was still quite nice to see the theme had been followed through – the menu choices were also themed versions of pizza/pasta type dishes, with a few half-Italian, half-Japanese options.

An afternoon-tea style plate arrived, which was apparently the ‘cover charge’: 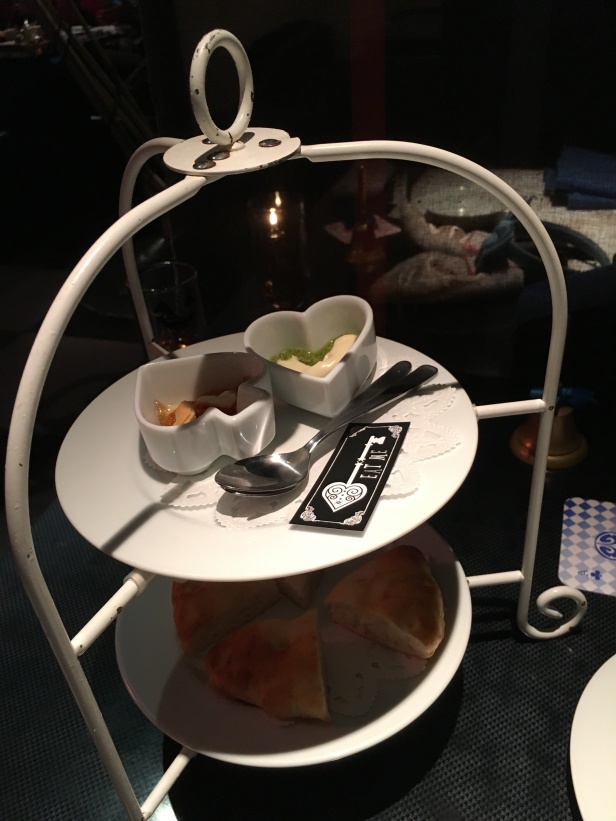 The themed food wasn’t that great, but in places like this the food is secondary to the experience:

It looked like it was someone’s birthday on a nearby table and the waitresses came to sing them a song:

Our waitress was happy to pose for a picture with me:

and take our picture:

It looked like the restaurant was closing and Alice said “Time to go now”. The bill was 6400 Yen.

On the way out I asked the Mad Hatter if I could take her picture but she said “I do not allow photos”, which was pretty strange coming from someone dressed up in a themed restaurant – maybe her family doesn’t know about her secret life down the rabbit hole?

If you are looking for that weirdness of Japan, then you’ll find it here – but don’t come for the food.