So it starts on the almost un-used track at Zvonařka, currently only used by the Number 13 tram, then joins Bělehradská street where the Trams 6 and 11 run. From I.P.Pavlova it mirrors the 22 route until Národní divadlo where it turns right along the river. Then crosses the river to re-join the 22 route at Malostranská.

At Zvonařka you should pop in to Le Bouquet for a glass of wine or visit Beckett’s Irish Pub for a pint of Guinness. Jump off at I.P.Pavlova  and walk down to Žitná street for dinner at Cicala. Not far from Staroměstská is Wine O’clock – another great place for a glass of wine.

Initially, the line will run four or five trams running at half hour intervals. In the summer, there will be a tram every 15 minutes.

The 23 route will only run the older Tatra T3-type tram cars – the popular red and beige models with the high steps.

In celebration of this route and the classic T3 tram, I’ve included a series of T3 tram paintings by kind permission of Czech artist Martina Krupičková: 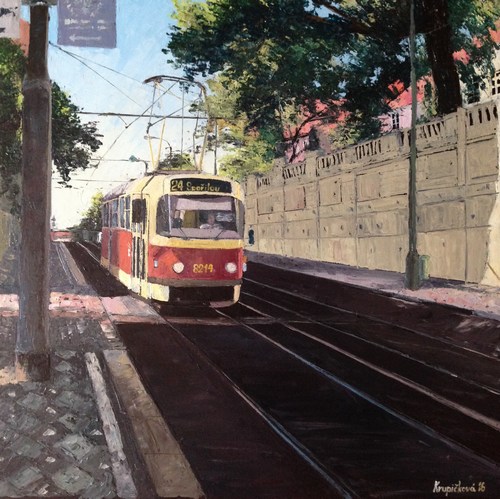 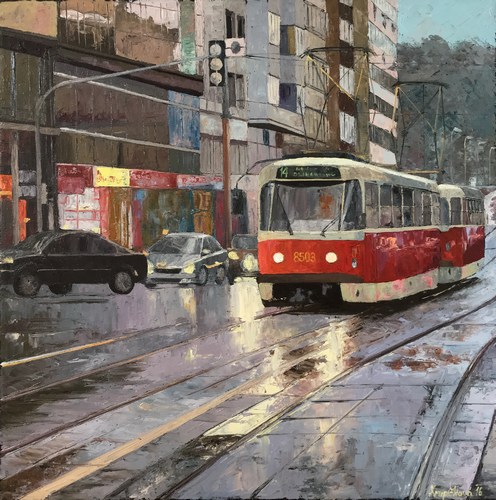 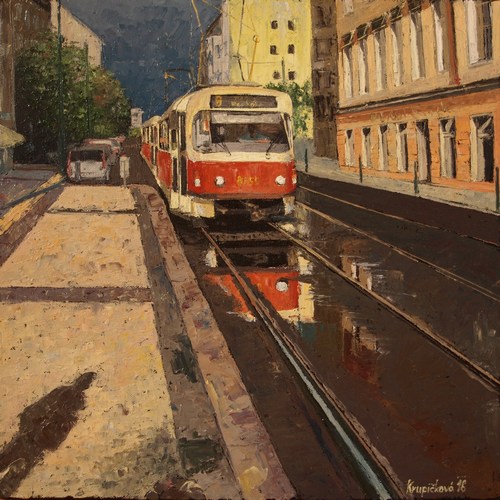 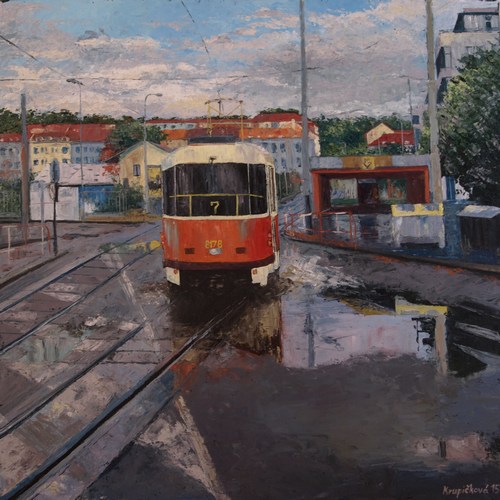