Operation Anthropoid was the code name for the assassination of SS-Obergruppenführer and General der Polizei Reinhard Heydrich.

I previously wrote about the events to commemorate the 75th Anniversary of Operation Anthropoid in Prague on May 27th. I then wrote about my visit to the event. I thought that was it as the date had passed. But then another group organised an event this weekend of Saturday 17th and Sunday 18th of June.

We aimed to visit Karlovo náměstí at 15:00 to see shots fired from a canon at 15:10. But we missed the tram and arrived at 15:12. I don’t think the canon shots were that loud as we weren’t far away and didn’t hear anything.

We then walked around what the organisers call:
A period camp of the Czechoslovak Brigade in Great Britain showcasing a number of period techniques and historical artifacts. 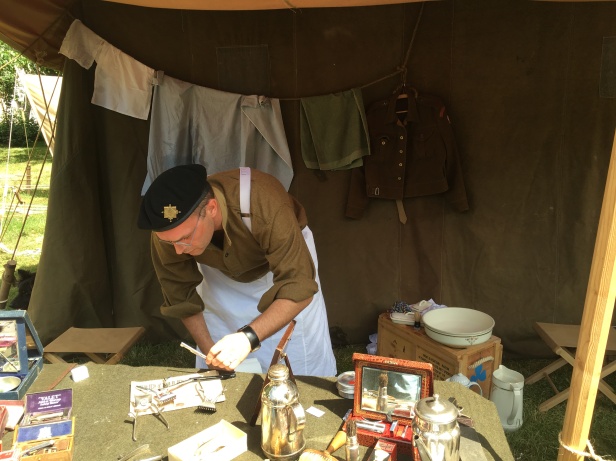 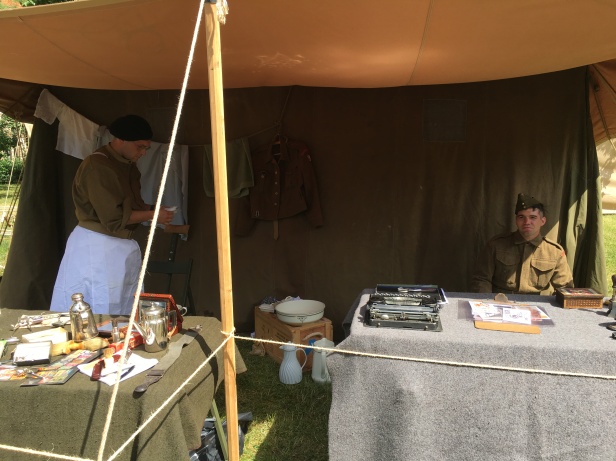 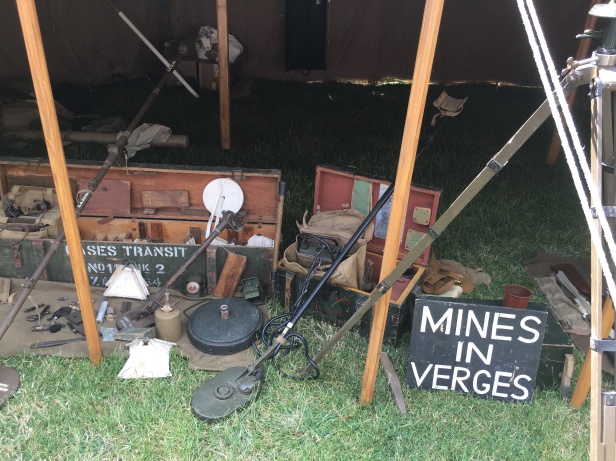 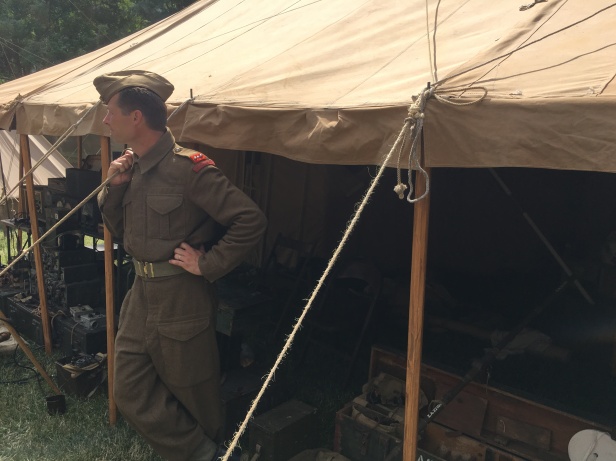 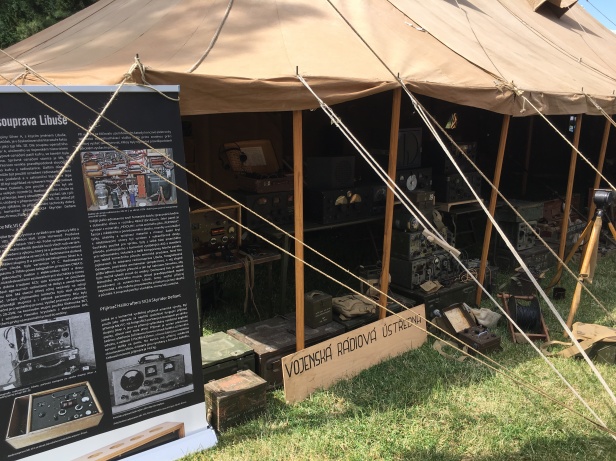 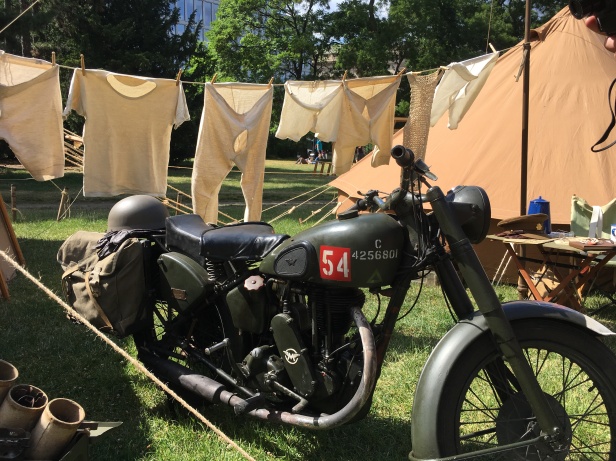 This man looked like a Nazi spy using a futuristic communication device: 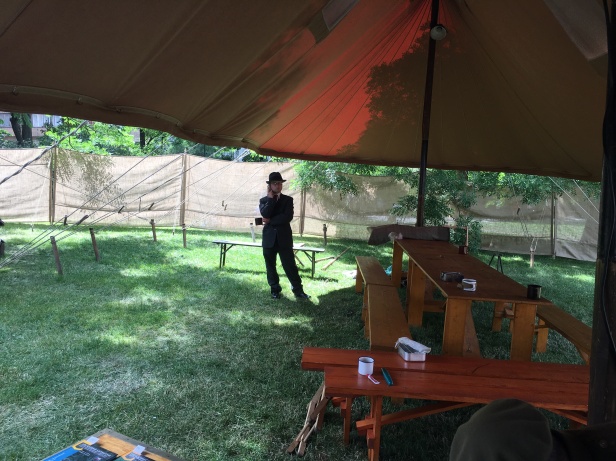 Past the camp were some vintage military vehicles: 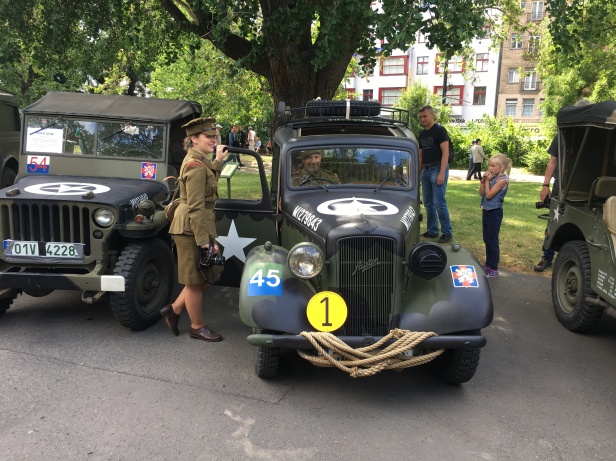 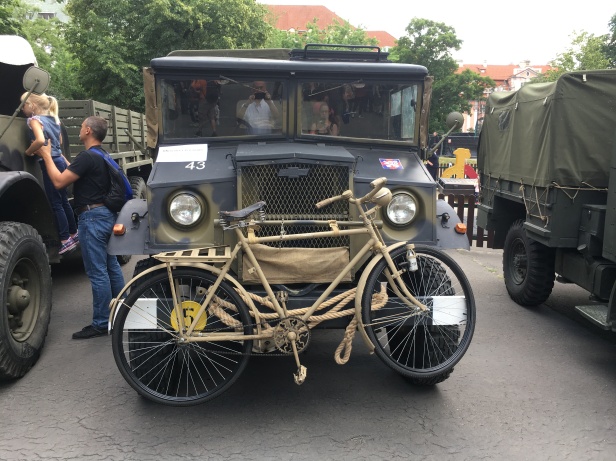 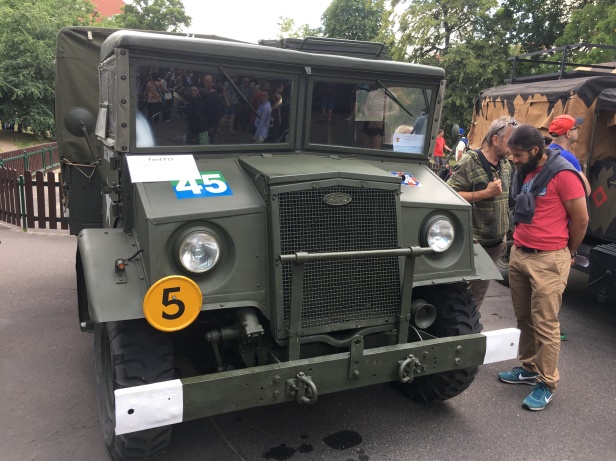 And some people in costume: 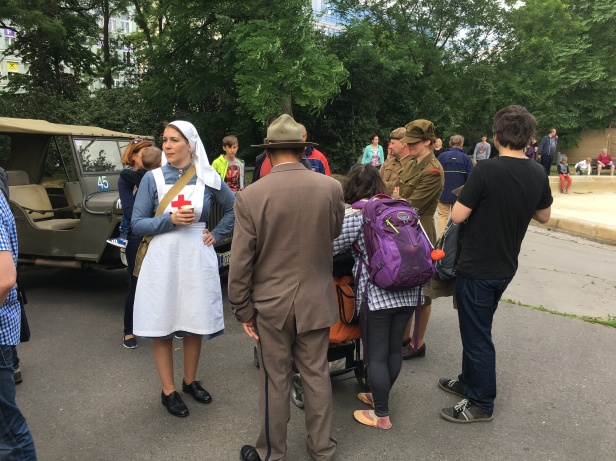 But there weren’t many people in civilian costume as the previous Anthropoid event, the majority were soldiers.

There were a few tents selling beer (slightly over-priced at 40Kc and food: 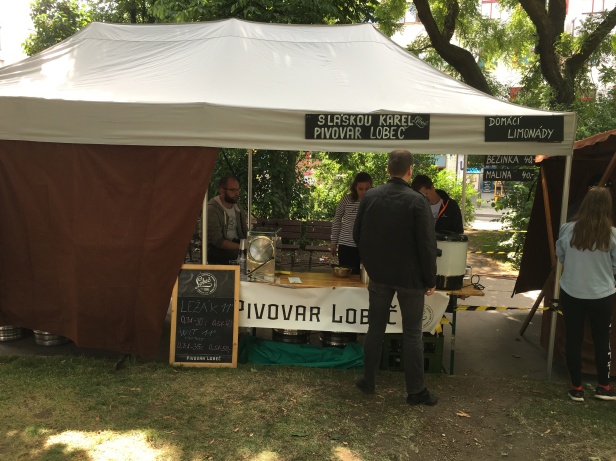 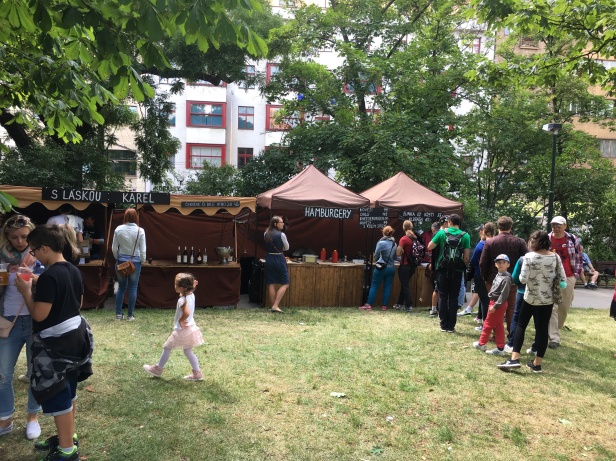 It was all interesting enough, but really only took 20 minutes to look around and we were ready for the 15:40 – Rehearsal for attack on Heydrich’s car. This wasn’t a reconstruction of the actual attack, but a demonstration of how the soldiers trained for various scenarios; shooting, grenade.

The first attempt was reasonably successful, although one soldier’s gun didn’t fire:

The second attempt was a complete fail when the grenade failed to explode:

The event continues today and you still have time to see:

All events are free.