“Where do you get off biting me all over while I’m just trying to relax and watch TV? Die! (Actually you’re already dead).”

He also added a picture of the dead mosquito:

A short time after his post, he received a message from Twitter thanking him for using the service, but informing him that his account “has been frozen because it was used to send messages containing threats”.

He tweeted: “My previous account was permanently frozen after I said I killed a mosquito. Is this a violation?”

I did wonder who was Nemu – from his now closed Twitter username. It turns out she’s a manga character called Nemu Kurotsuchi from a series called Bleach: 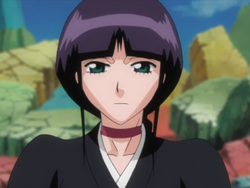 I think his new username @DaydreamMatcha refers to the Japanese tea – this from Wikipedia:

Matcha (抹茶, pronounced [mat.tɕa][i]) is finely ground powder of specially grown and processed green tea leaves. It is special in two aspects of farming and processing: the green tea plants for matcha are shade-grown for about three weeks before harvest and the stems and veins are removed in processing. During shaded growth, the plant Camellia sinensis produces more theanine and caffeine. This combination of chemicals is considered to account for the calm energy people might feel from drinking matcha. The powdered form of matcha is consumed differently from tea leaves or tea bags, and is dissolved in a liquid, typically water or milk.

Despite his predilection for manga and exotic tea, @DaydreamMatcha is welcome to post comments about evil mosquitoes or wasps here on BugAdvisor without fear of being banned!