‘Illuminate the Underground’ or ‘The Day Underground’ ran for the second year in Prague on November 25th and 26th 2017. On these dates, numerous hidden underground locations opened to visitors for free.

Tickets went really quickly but we managed to get them for four locations:

The storm sewer under Stromovka was quite hard to find, even with the map on the underground website. We took the metro to Hradčanská and walked for maybe 15 minutes until we arrived at an entrance gate to Stromovka.

Again, some young fresh-faced Czechs with clipboards were we signed another disclaimer. We still had our badges from the previous day.

We followed our guide into the park and along a path to an entrance. 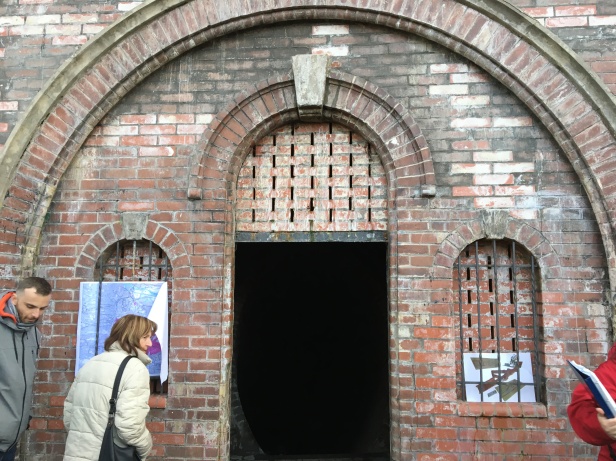 There was a 20-minute speech (in Czech) outside the entrance. Apparently the sewer system was designed by English civil engineer William Heerlein Lindley.

We were then allowed inside:

The steps lead to a balcony overlooking a river of sewage – it was pretty smelly:

Sometimes the river rises up to the top of the railings – so don’t hold on to them.

I was a little disappointed that there weren’t more tunnels to explore, but equally relived to get out to the fresh air. 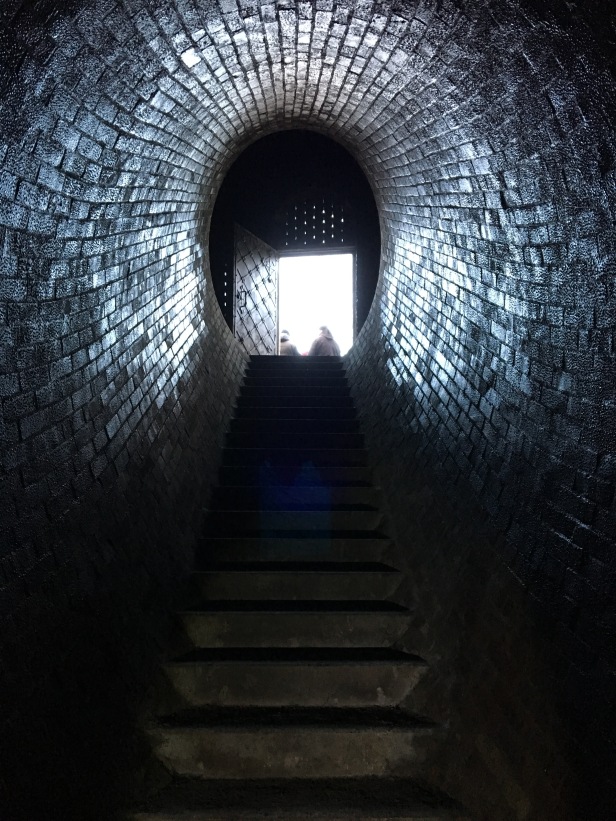 I’m not sure if this sewer was worth a visit as it’s just a small tunnel and also smelly. But if you are into sewer systems, check the http://nadenpodzem.cz/ website early November next year for tickets.