The Gallery of Steel Figures has only been open a few weeks. The site was formally a wax museum. I never bothered to visit the wax museum, but was excited to see something new and unusual rise from the melted wax.

We visited Sunday the 5th August late afternoon and were really impressed. Everything is made by welding bits of steel together – each piece a work of art taking hundreds of hours to complete.

There are two floors, the ground floor containing both figures and cars – the cars weigh over 1200kg and so would most likely fall through the floor if they could somehow be lifted upstairs.

Almost the first figure past the entrance, a Jaffa warrior from the Stargate Movie and TV Series.

The cars are impressive and everyone is allowed to climb inside. 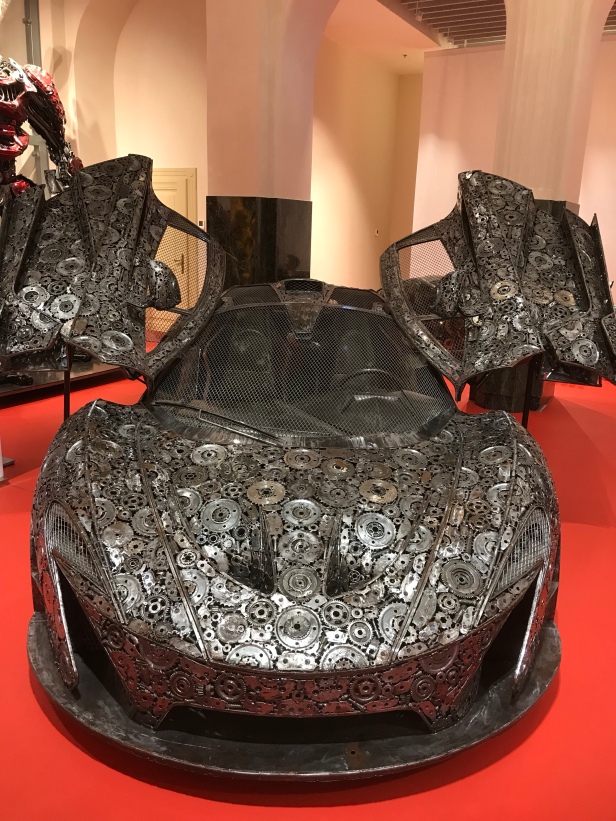 The cars are mostly replicas of standard models. I would have liked to see more movie car replicas, particularly the Back to the Future DeLorean, the Knight Rider TransAm and the Ghostbuster ambulance – with maybe a Batmobile thrown in for good measure.

There is a Game of Thrones seat – more comfortable than described in the book.

Upstairs (there is a large modern elevator) was probably my favourite – well everyone loves Minions and it was also nice to seem some painted sculptures after so much grey metal. 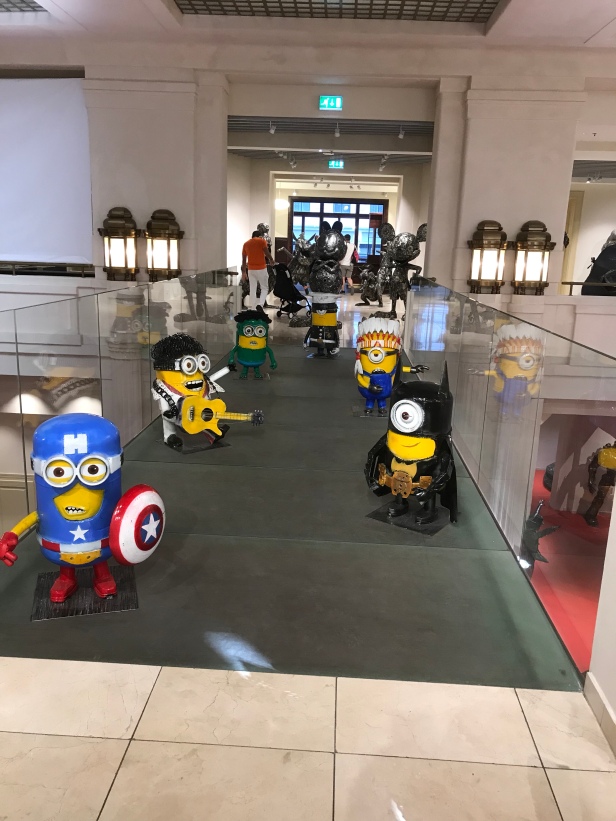 Here is the view to the ground floor. 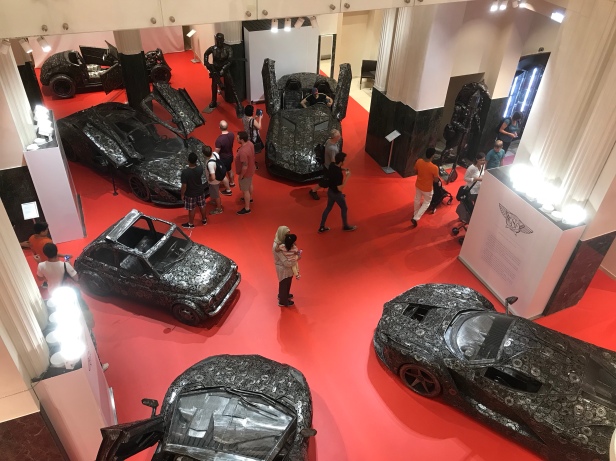 Fans of Star Wars (I’m not) had plenty to see. 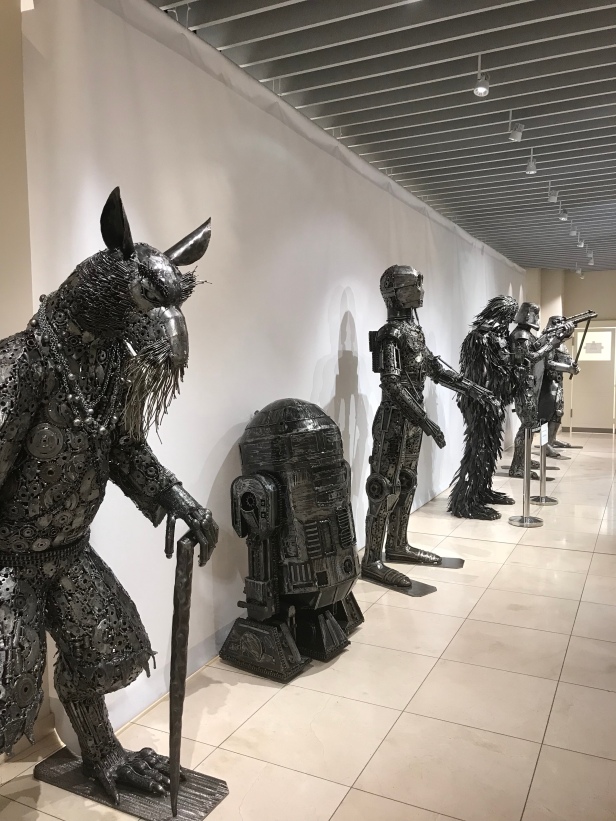 I think the Hulk was probably the best sculpture.

There were toilet facilities on the ground floor. The whole place was air conditioned. The place wasn’t busy and I was able to take plenty of pictures without people photo-bombing them (I’ve added more pictures at the end of this article).

We spent over an hour in the gallery – I think the ticket price is about right considering the amount of work that has gone in to the figures and the large central space in Prague. I’d recommend a visit. 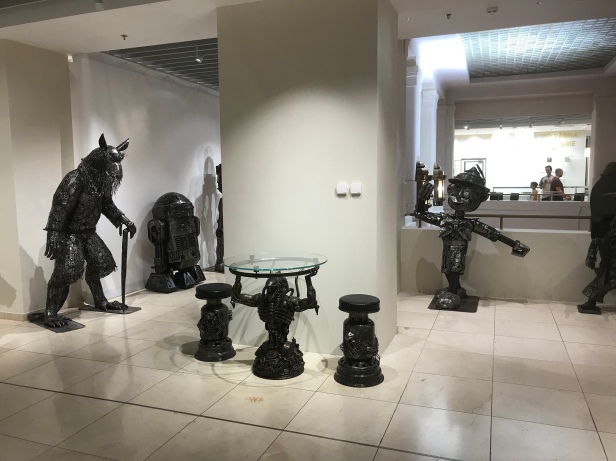