Patara have six London and five international restaurants – the first opened 25 years ago in London. We chose the recently-added Wimbledon Village location for my Mother’s 90th birthday celebration.

We booked a table in the attractive walled garden, but soon found it was too hot and also had some evil wasps flying around.

So we moved inside and were quite happy there. 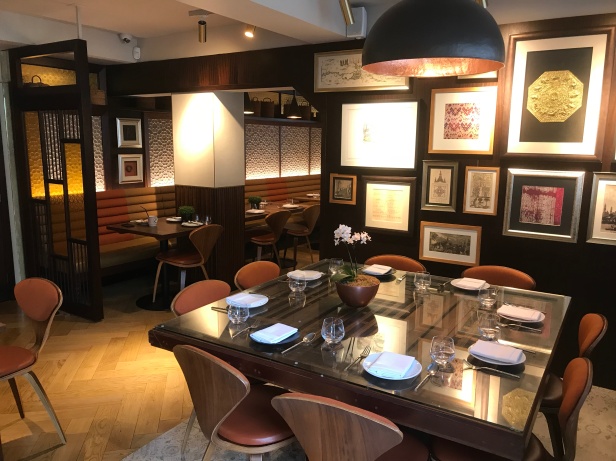 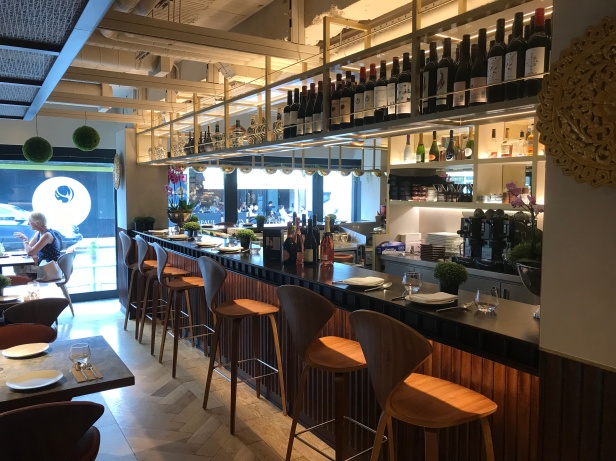 Wheelchair access was a slight problem as the main entrance has steps – wheelchair users are asked to use the rear garden gate. Unfortunately, the gate was blocked by someone’s car, so two waiters kindly lifted the chair up the steps.

To start I chose Chor Muang – Handcrafted lilac dumplings with caramelised chicken and peanut. Finished with coconut cream. £9.50. These were the closest thing to dim sum I could find on the menu.

They were unusual in appearance, but delicious. I won’t describe everyone’s choices as I only took pictures of my own! 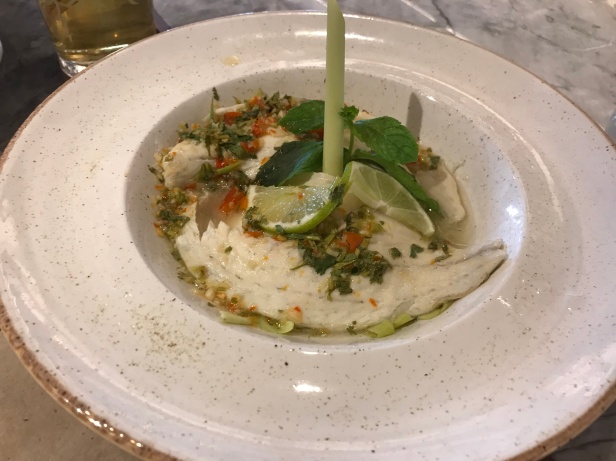 The fish was excellent – the chilli pretty spicy. 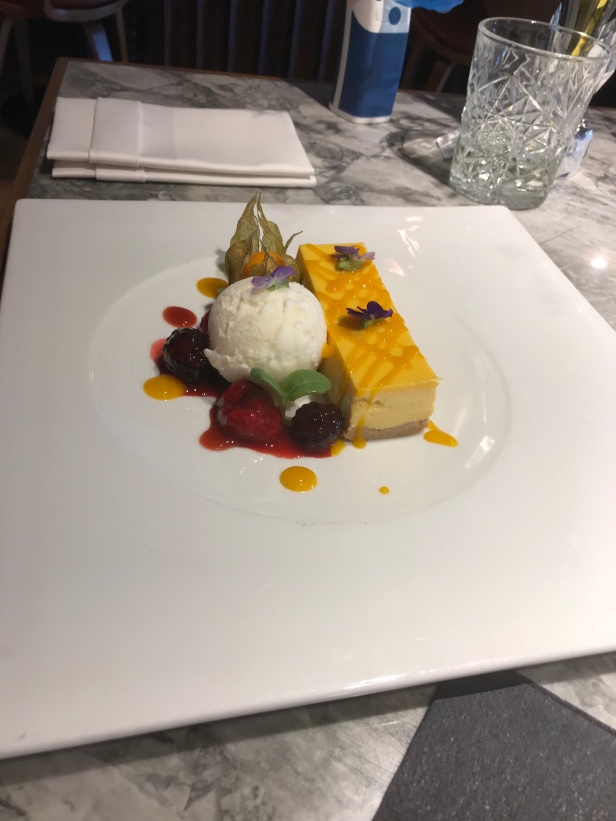 I’m pretty sure I liked that, although I’d had quite a few drinks at that point.

All four of us enjoyed our time in Patara – the food, the ambience and the friendly Thai waiting staff all really good. Total bill was £228.67 including a 12.5% service charge that was automatically added – I was fine with that.

I’m still a fan of those little Thai bring-your-own-booze places that inhabit, what in the day is, a greasy spoon café – but if you feel like some upscale Thai dining then you’ll be fine at Patara. 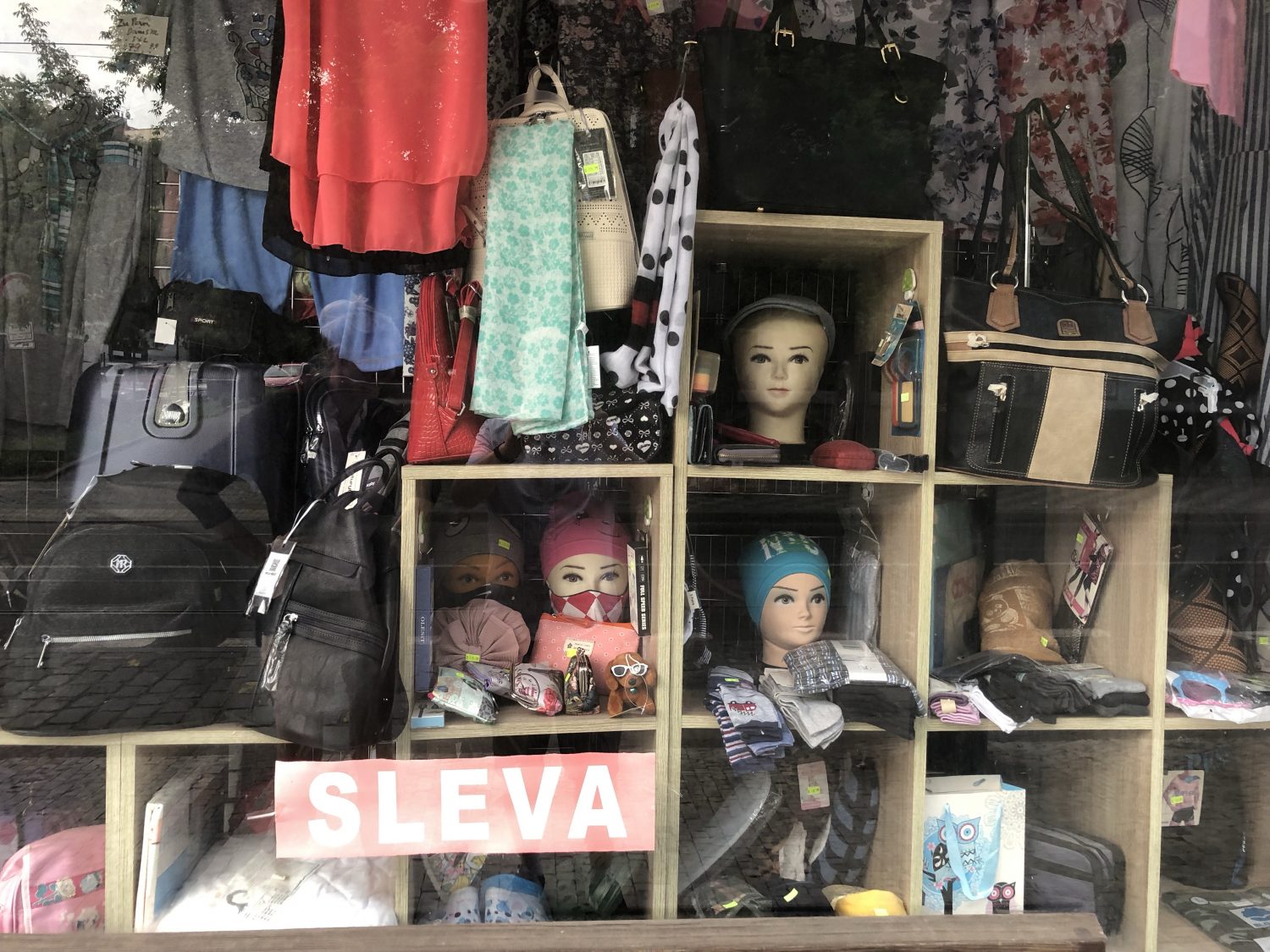