Our visit to the Rally Grounds and Documentation Centre was part of our German Road trip (that page has links to all the hotels, restaurants and places visited).

I would say by far the most interesting places to the visit in Nuremberg are the old Nazi rally grounds (Zeppelinfeld)and the Documentation Centre. We were staying at the Hilton Nuremberg, which is walking distance to both. If you are travelling from the centre, there is a tram that stops just outside the Documentation Centre – you then need to walk around the lake to the rally grounds.

From the Hilton Nuremberg, we turned right, under a railway bridge, then right again to reach the rally grounds. 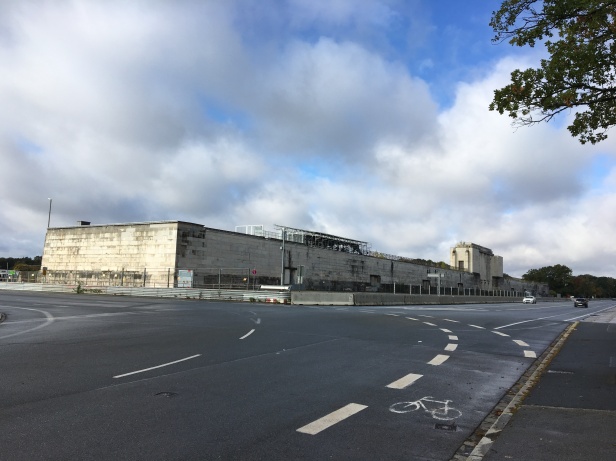 At the front of the building, there was a sign that said ‘Enter at your own risk’. I suppose because the steps have been left to deteriorate and some are now broken and uneven. 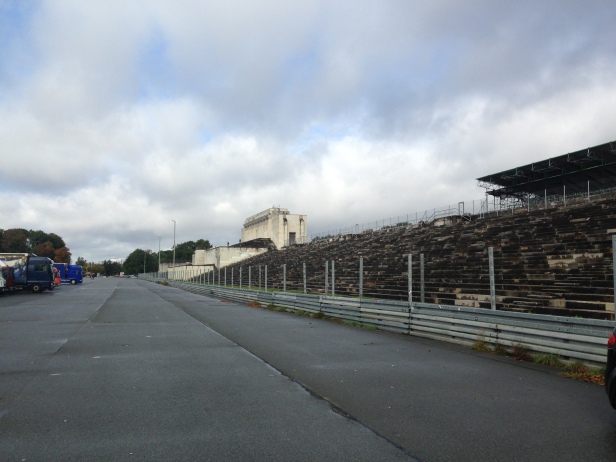 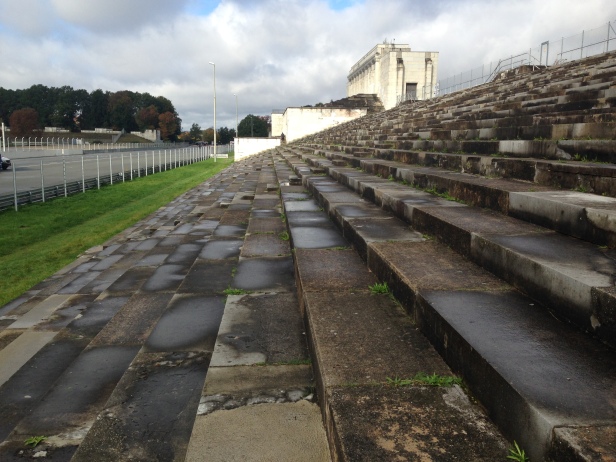 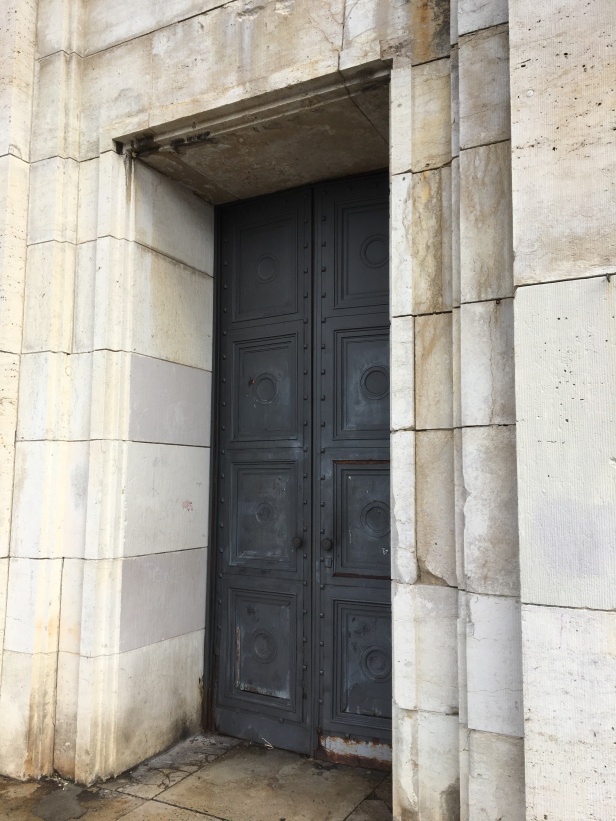 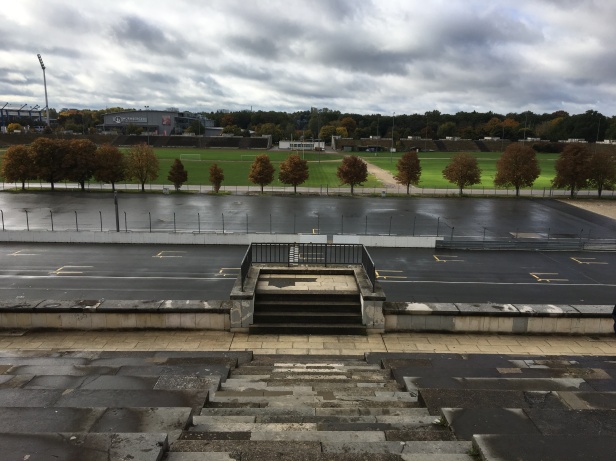 It’s amazing how accessible the place is – you can easily stand on the main plinth and imagine looking out on the rallies. 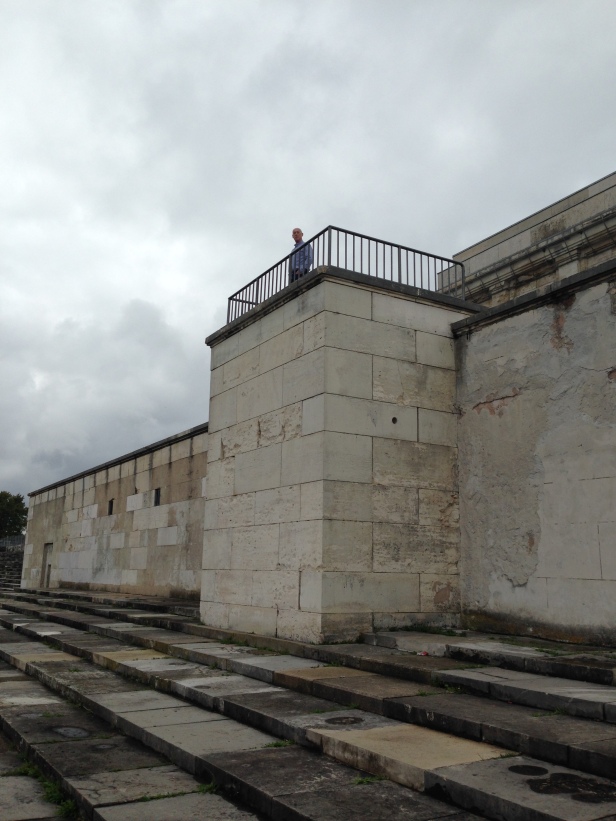 There was a small information poster at the top of the steps.

An image on glass allows you to look back in history.

The building used to have a large swastika at the top – this was blown up by the allied forces.

On either side of the parade grounds are building that provided toilets and a place for the large lights that shone upwards.

Having past the rally grounds, we followed a path around a lake. The Documentation Centre and Colosseum on the other side.

The Documentation Centre review is here.