Opened to the public in February 1913, Grand Central Terminal is located at 89 E. 42nd Street (at Park Avenue). Over 250,000 people commute through Grand Central every day.

It’s also a tourist attraction because of the amazing beaux-arts architecture.

We wandered in to Grand Central and spent just a few minutes taking pictures. We didn’t really explore the place nor eat/shop there.

Apparently there is a ‘whispering gallery’ below the main concourse – you can whisper into one of the four archway corners and someone standing diagonally across in another archway can hear you. We didn’t bother with that.

Despite this low-key review, I’d recommend a visit – the main hall and the ornate tickets booths are spectacular. Plus it’s also free to enter. 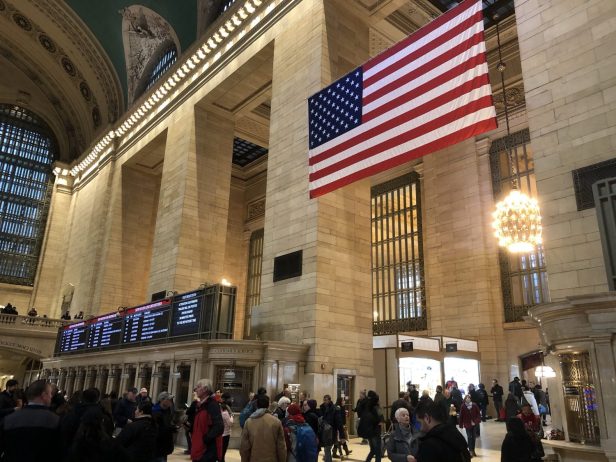 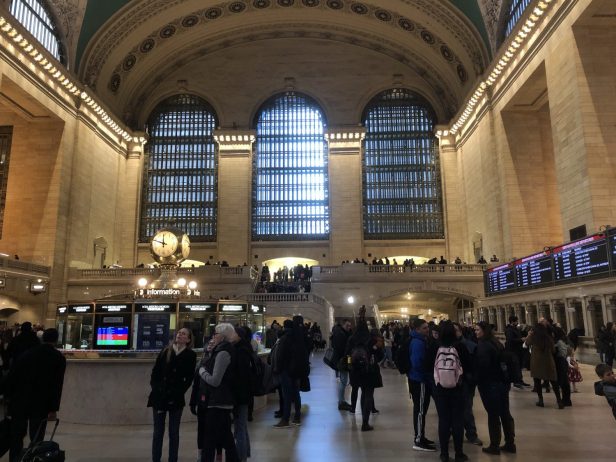