The Sightseeing (Fun) Train in Rabat takes you on a journey through Rabat and its outskirts. They’ve tried hard to make the journey worthwhile, but sadly I wouldn’t recommend it.

St. Paul’s Catacombs in Rabat are some of the most prominent features of Malta’s early Christianity archaeology. Mdina is one of Europe’s finest examples of an ancient walled city and extraordinary in its mix of medieval and baroque architecture. The train can’t drive into Mdina but does drive past the entrance to the Catacombs – not that helps as there’s not much to see at ground level.

The train route is as follows: 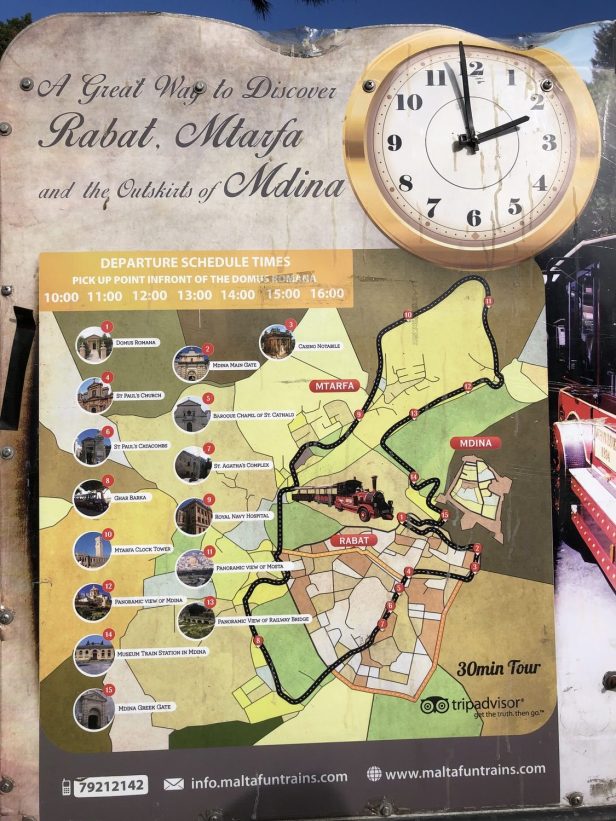 So why did we board this train? I purchased a Mdina and Rabat combined cultural experience ticket for €15 per person online in advance. This was mostly because I thought that the sightseeing train took you from Mdina to the St Paul’s Catacombs in Rabat.  Once there, we found that the train ran on a loop and that we could easily walk from Mdina to the Catacombs. So I wouldn’t bother with the combined ticket as the Catacombs is only €6 and the train is comically bad.

The squeaky train suspension is pretty poor, so much so that there should be a sign advising expectant Mothers and those with back problems to avoid riding! The train is also slow and Maltese drivers are very impatient – so be prepared for a variety of vehicles, including lorries, to scream past you on blind bends, while you sit in one of the open-air carriages.

There is an English commentary synchronised to the route. It’s fairly informative. The train sometimes stops so you can take pictures, but you can’t get out – just return to the point of origin.

At the end of our ride in December 2019, they played ‘I Wish It Could Be Christmas Everyday’ released in 1973 by British glam rock band Wizzard – the lady in the row behind obviously remembered some of lyrics and joined in.

This train ride isn’t worth the cost: €6 for adults and €4 for children. But if you find yourselves holding some form of combination ticket and have absolutely nothing else to do then…actually … still don’t bother with it! 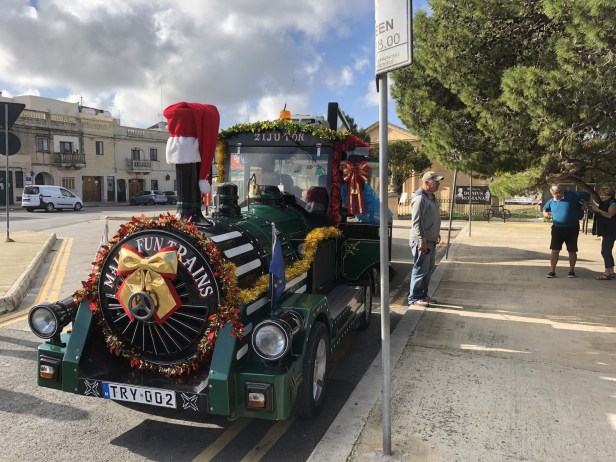 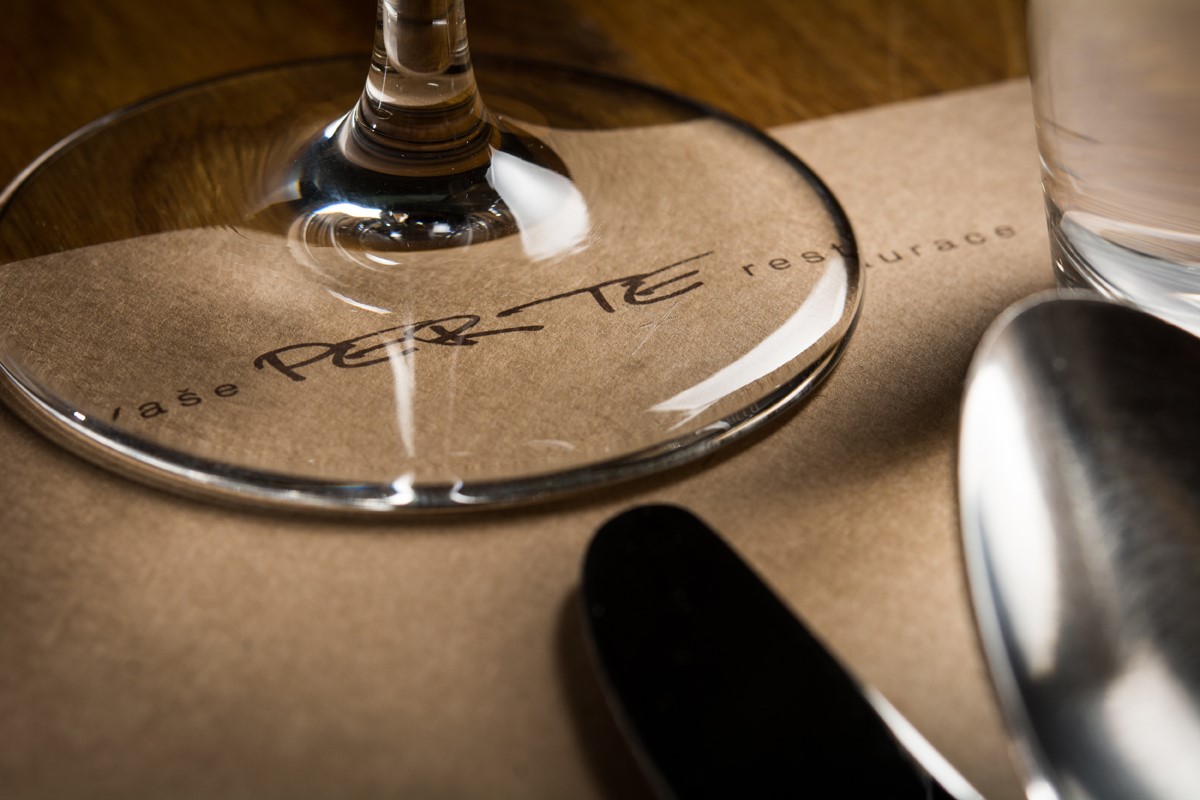