The Monument to the Battle of the Nations is a huge structure built to commemorate the 1813 defeat of Napoleon’s French army at Leipzig by the coalition armies of Russia, Prussia, Austria and Sweden.

This review is available on this page as text and pictures, or below as a video.

We took a tram from the centre of Leipzig, where we were staying at the Penta Hotel. Our first view of the monument. 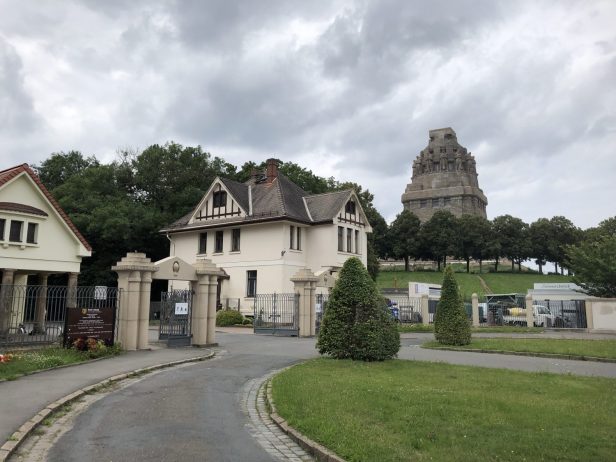 The front of building was even more impressive. 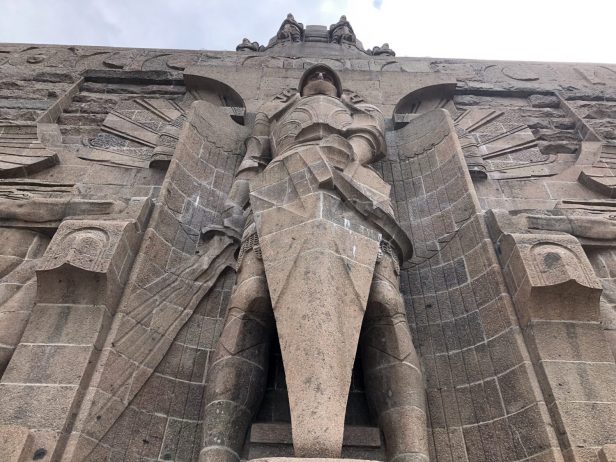 The ticket office was to the left of the monument – don’t bother climbing any of the steps without first purchasing a ticket.

The good news is that there are elevators that will take to you many of the monument floors; one floor with enormous statues and the cupola can only be reached via stairs.

The interior has a church-like atmosphere. In the circle-shaped crypt on the first floor, sixteen statues of warriors (Totenwächter) stand guard, two each in front of a total of eight 6 m-high death masks. 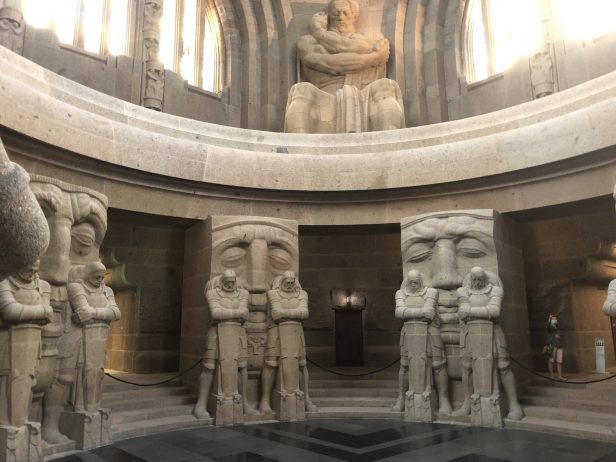 We couldn’t find any way to access the Ruhmeshalle (Hall of Fame) on the second floor and continued by elevator up to a cornice, that circled the dome interior. 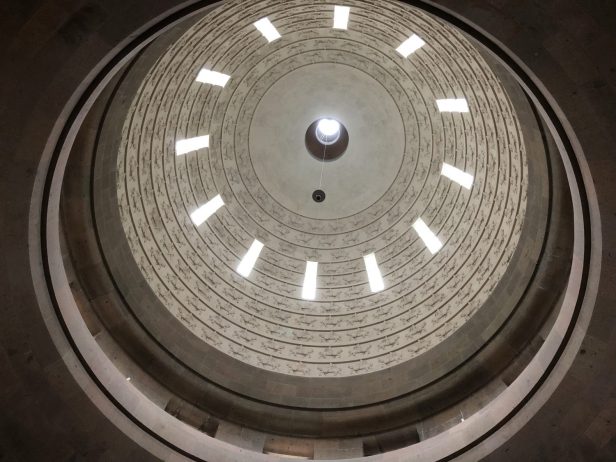 From this point, we could look down at the floors below. The second floor was deserted and we wondered if it was even accessible. 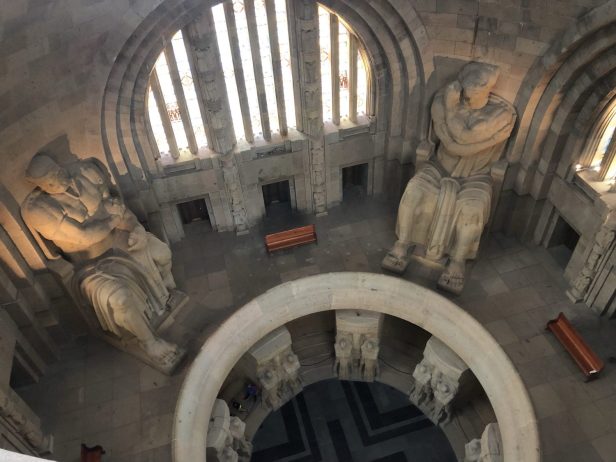 Another elevator took us to the first observation platform. 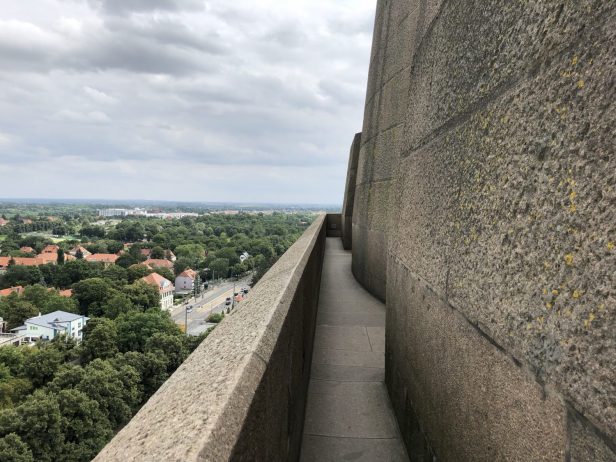 It’s possible to walk around the entire monument, while enjoying some great views. 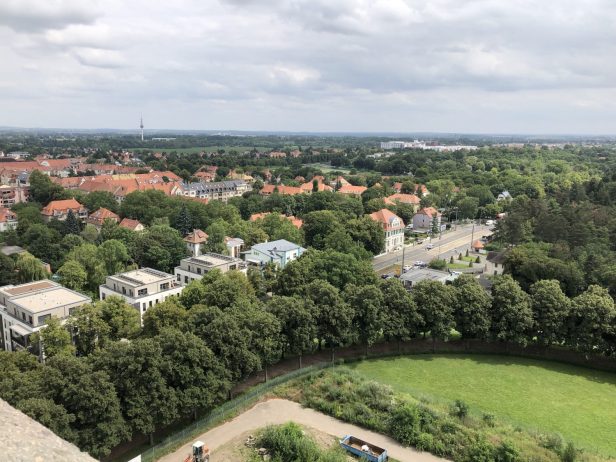 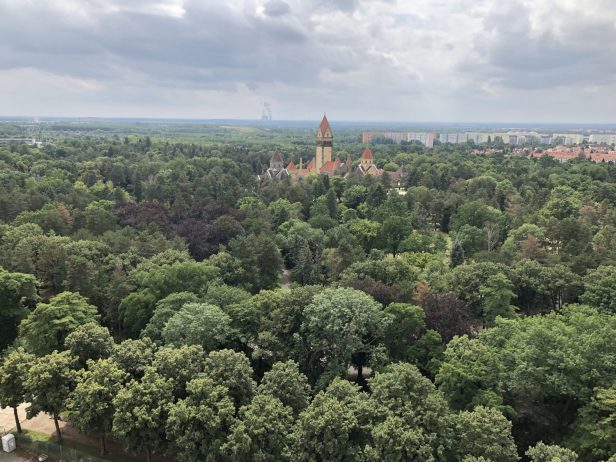 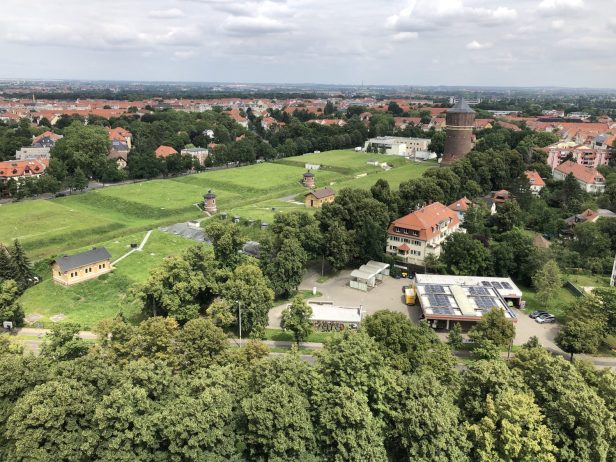 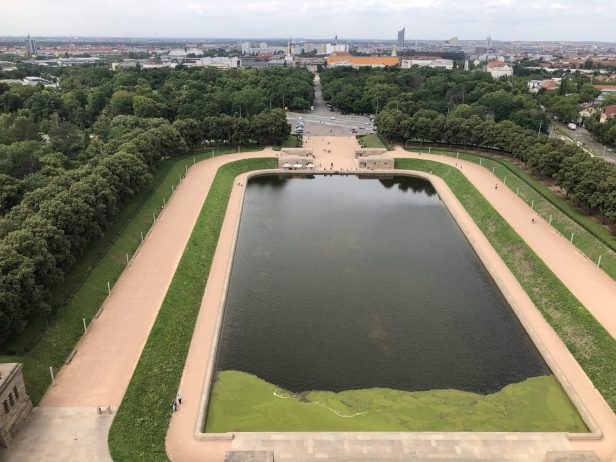 The only way to the cupola is to climb some narrow stairs. 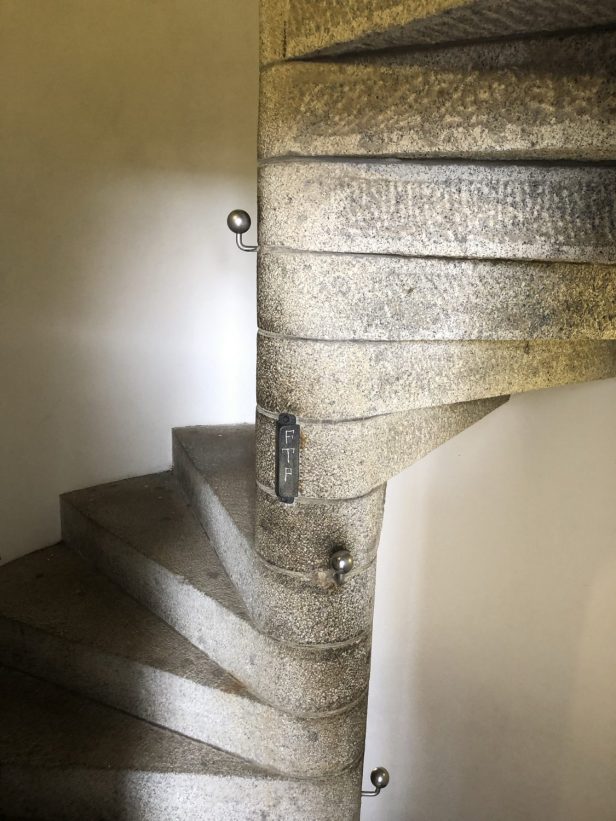 If you don’t feel up to climbing, you won’t miss much except the satisfaction of reaching the top. 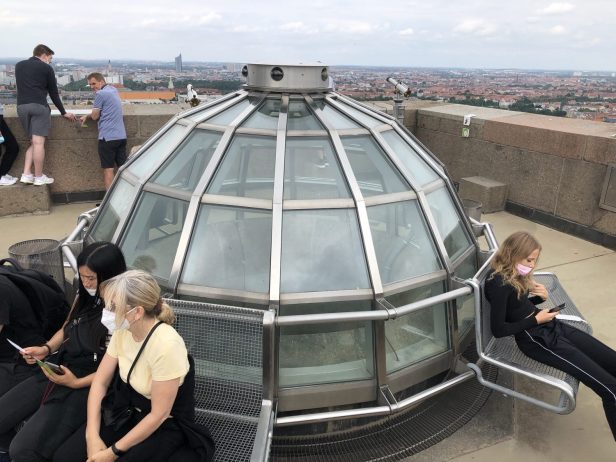 We slowly worked our way back down to first floor and asked an attendant if it was possible to visit the second floor. The only route, was to exit the building and climb some exterior steps – this time it’s really worth making the effort. 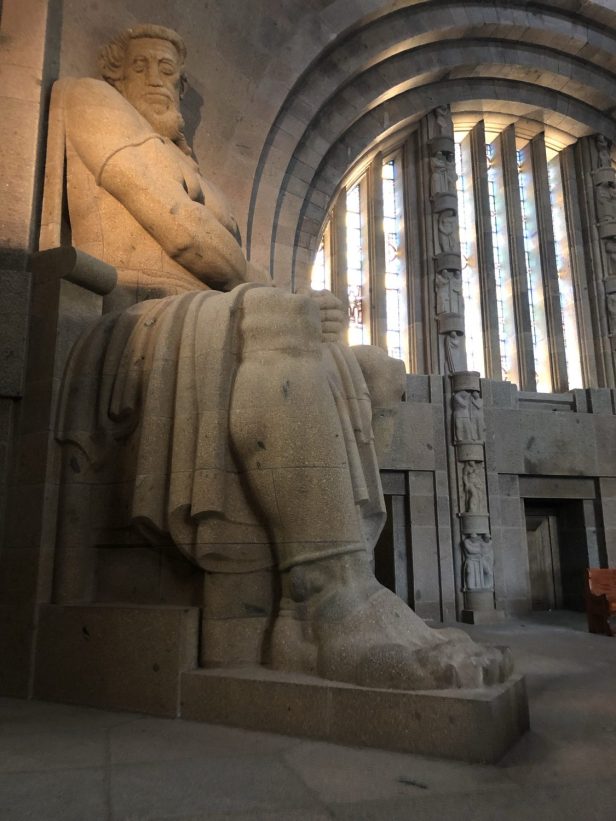 The Ruhmeshalle (Hall of Fame) contains four massive sculptures, each meant to symbolise a virtue of the German people; bravery, strength of faith, people’s strength and sacrifice. It’s worth spending some time here, just sitting on one the benches, then take the steps down.

We continued down to the lake side and walked to the opposite end of the lake. There was only one food outlet, operating as a take away for beer and microwaved pizza. 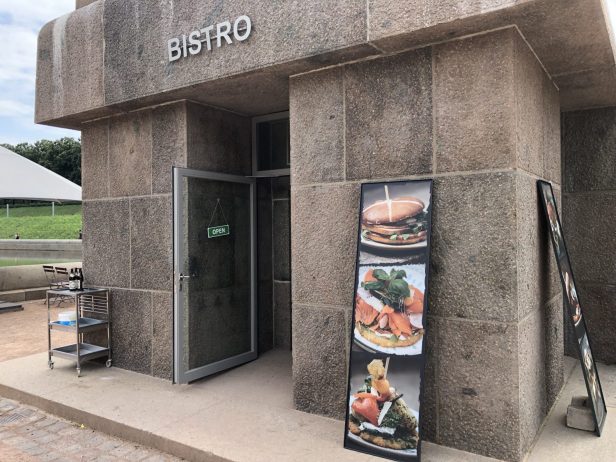 The view from their terrace easily made up for the lack of table service and mediocre food. 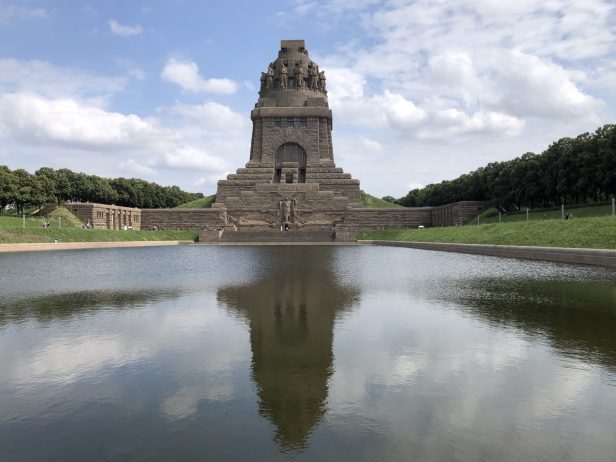 We continued walking away from the monument and found a large, well-maintained graveyard. 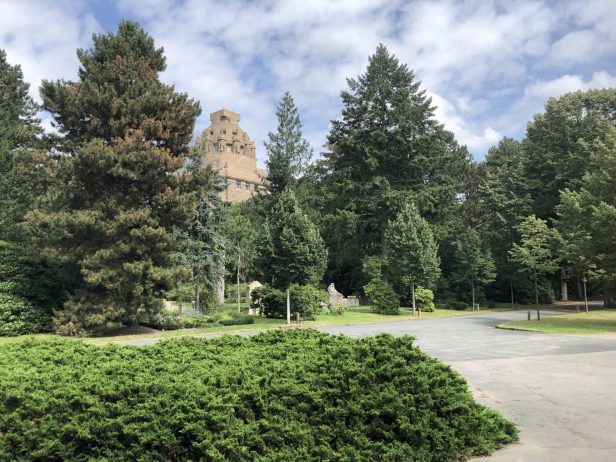 Although not appropriate to review, it was well worth a walk through here – the exit took us back to the same tram stop at which we’d arrived.

I’d highly recommend a visit to the Monument to the Battle of the Nations. It’s worth making a trip to Leipzig just to see this.