The first episode of a British animated series ‘Tuesday Night Drinks’ premiered on YouTube, Friday 19th February 2021. This is a sketch show featuring a group who meet in a bar every Tuesday.

Each character has a role to play. There’s Derry Puddy, who says he knew the answers when watching a TV quiz, but can never replicate that skill in the bar. Groover is a beat poet and PHP never gets the steak he ordered. Perhaps you’ll recognise someone just like one of these characters. 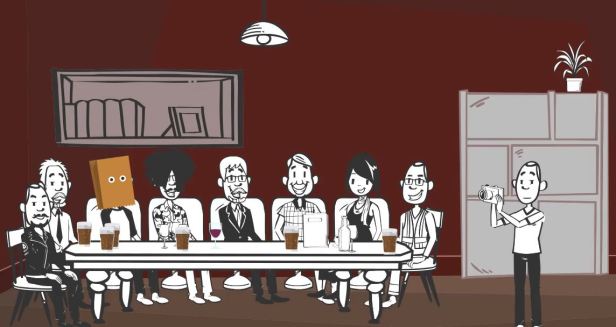 The first episode below – I’m already looking forward to the second.

Win Two Seats on a Virgin Galactic Flight to Space