London Transport Museum regularly run tours of disused Underground stations and tunnels. These tours are always popular and sell out really quickly. I previously visited the old/disused Strand/Aldgate station and really enjoyed that – so was pleased to get tickets to a new tour of the lost tunnels of London Euston.

The Museum website wrote this about the tour:
Discover a labyrinth of dark and deserted passageways which were once used by the travelling public and see a gallery of preserved vintage poster fragments that have been hidden for over 50 years. This secret space is located below a busy Tube station that serves almost 42 million passengers each year and Euston national rail station.
Tour duration: 75 minutes approx.

We met in Melton Street, outside one of the original station buildings at 17:45 – tour scheduled to start at 18:00. 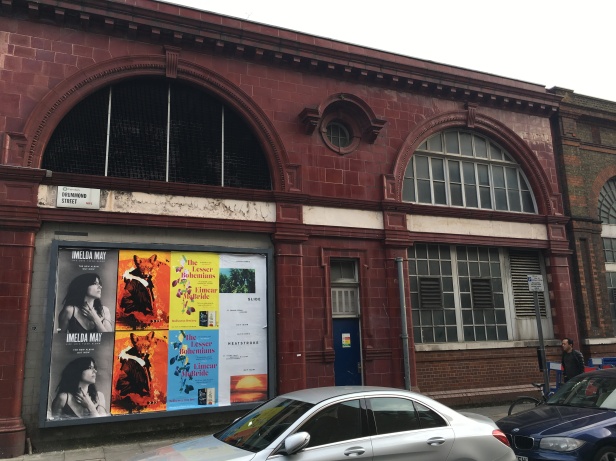 Tickets and ID checked, high-vis ‘Hidden London’ jackets issued and we were ushered inside the old station building. There wasn’t much to see there, but the room was used to display some slides and allow our guide to talk about the history of Euston Station. Our guide was well-informed and obviously keen on the subject, but as they always hand out a booklet related to the tour, I can read that later – so you can imagine we were a little impatient and keen to see some hidden tunnels after 30 minutes.

We were taken into the main station and down the escalators to a regular underground platform.

At the end of the platform was a normally-locked door – we were lead through into a series of disused tunnels. 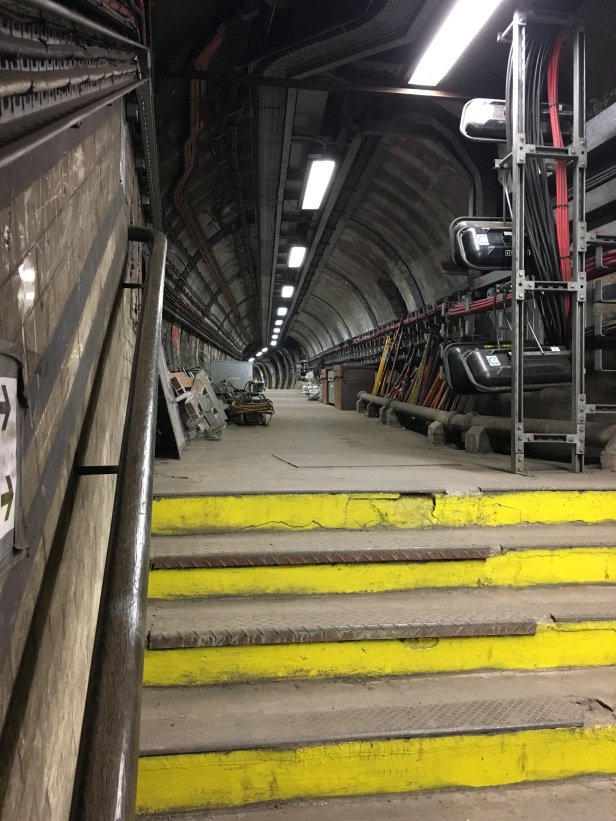 The most impressive sight was an old ticket booth, where tickets were sold to passengers connecting between two different railway companies:

I couldn’t resist a picture as the spooky ticket seller – the light really helped with that.

Most of the tour then decided it was a good idea and quite a few similar photos were taken.

The posters were in pretty bad shape and not as interesting as those in Strand/Aldwych. 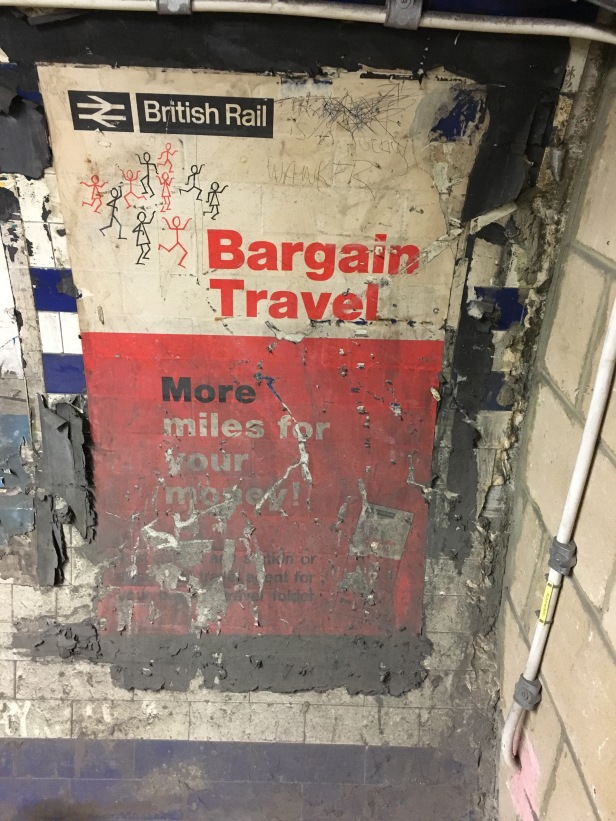 We walked along a completely circular tunnel. 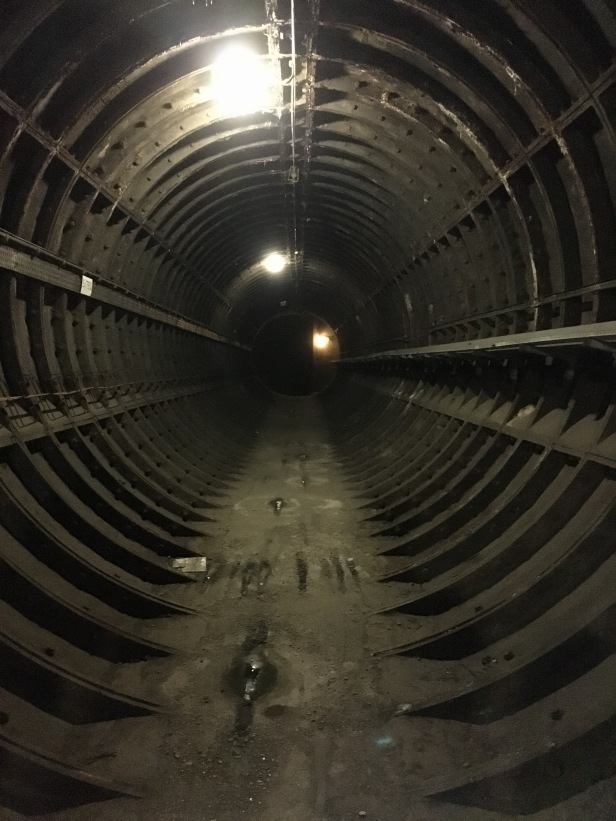 And looked down onto a working platform above:

We enjoyed the tour, although nowhere near as much as Strand/Aldwych. There wasn’t as much to see and only 40 minutes our of 75 were spent in hidden tunnels.