The Hilton Olympia is only a few minutes walk from Olympia Underground and Main Line station – the station is just opposite the exhibition centre. However, underground trains only run at the weekend and aren’t that frequent. We were staying at the weekend and so that wasn’t so much of an issue.

During our weekend (with links to reviews):

The rooms were good quality. We had two rooms and both were similar.

The bathroom was fine, except that when you stepped into the tub for a shower, your head almost touched the suspended false ceiling. 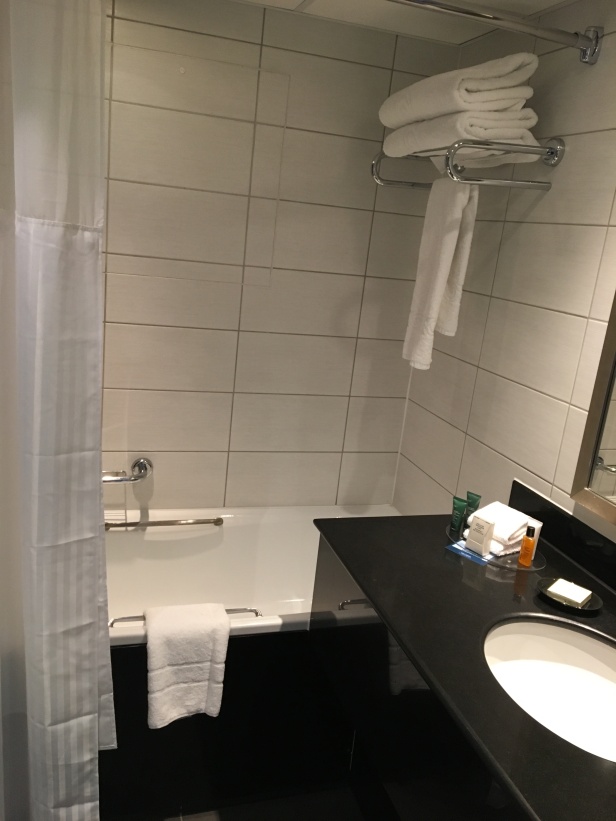 The view from my window was to the main street, but it wasn’t noisy in the room.

The executive lounge was by room keycard entry, although there was a receptionist. The range of snacks and drinks was pretty good during the 6:30pm – 8.00pm happy hour.

The breakfast spread (main restaurant, not lounge which we didn’t try) was pretty good, although some of the hot items were a bit dried out from being under the lights. The best part was an omelette station and so I had a freshly-made omelette each day.

I’d certainly consider staying at this Hilton again. I prefer the Hilton Paddington but would still choose by price.